It is prime rhubarb season and thus it is prime Rhubarb Crisp season in my kitchen. This stuff is sooo good! I just need a pan of it on my counter all the time. Company is coming? Rhubarb Crisp. My mom is coming? Rhubarb Crisp. Need dessert tonight? Rhubarb Crisp. It’s the end of a long day and the kids are finally in bed? Rhubarb Crisp.
Rhubarb is kind of an old school plant. It arrives in the spring and is one of the first things harvested from the garden. The leaves are poisonous to eat, {In fact, I just called Poison Control on it because my 1 year old was caught eating some of it. It crystallizes in the kidneys, or something… and is rather serious if larger amounts are consumed. Said child is ok! Whew! All in a day.} but the long stalks are wonderful when cooked and given enough sweetener. If you see seed heads forming on your plants, break them off and discard. Typically we only harvest rhubarb until the weather really heats up, since after that the flavor is not as great. Oh, and rhubarb can be divided! Be careful with the roots! Dividing is a great way to rejuvenate your patch, make it bigger, or share with a friend. Yay for rhubarb! We all cheer for rhubarb! 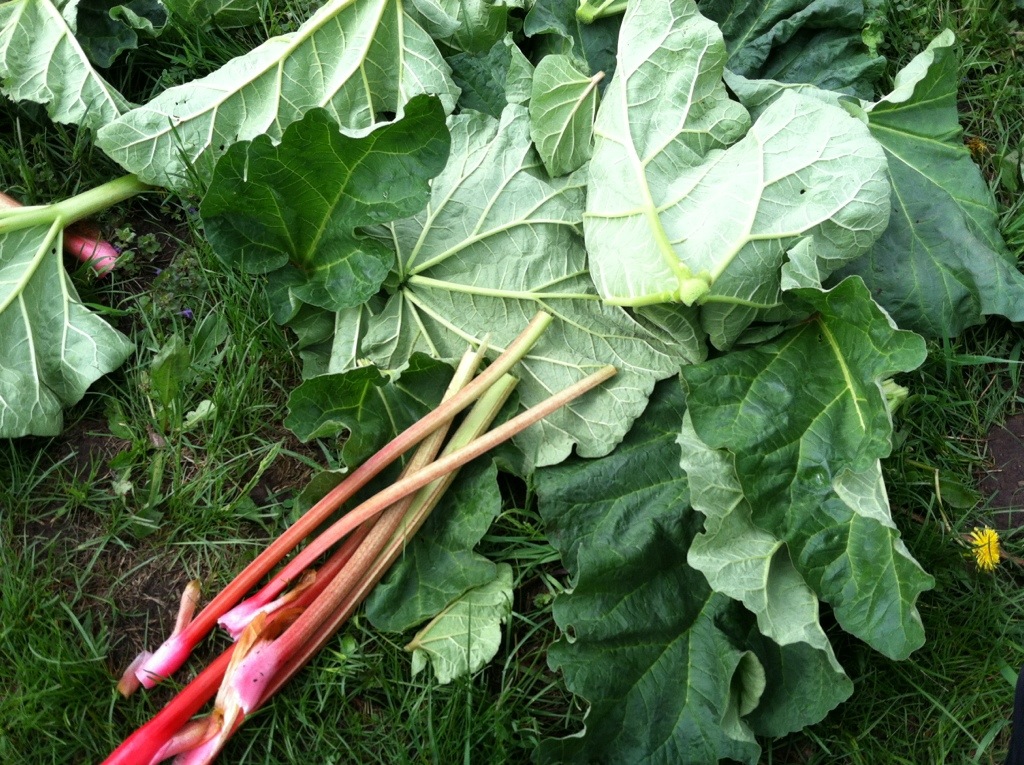 Ice Cream side note: this spring I was buying ice cream by the gallon since we do love ourselves a bowl every once in a while. We go vanilla because there are just too many wonderful things to put on top of it.  Like peanut butter sauce, chocolate fudge sauce, or magic shell. oh man…so many good things.  Moving on! So one day I looked at the ingredients and was rather surprised that it wasn’t just cream, sugar, and vanilla. There were some things I had never even heard of! Time to perfect my ice cream skills and get out the ice cream maker.  Bam! I hit it on the first try. 2 cups heavy cream, 1 cup half and half, 3/4 cup sugar, 1 tsp vanilla extract.  Mix, and throw in ice cream maker for 25 minutes. Freeze. Dang! That’s an easy one to memorize. Next time I’m throwing in some fresh vanilla bean. I’m never going back to store bought ice cream. Done. Final. I’ve moved on to better. 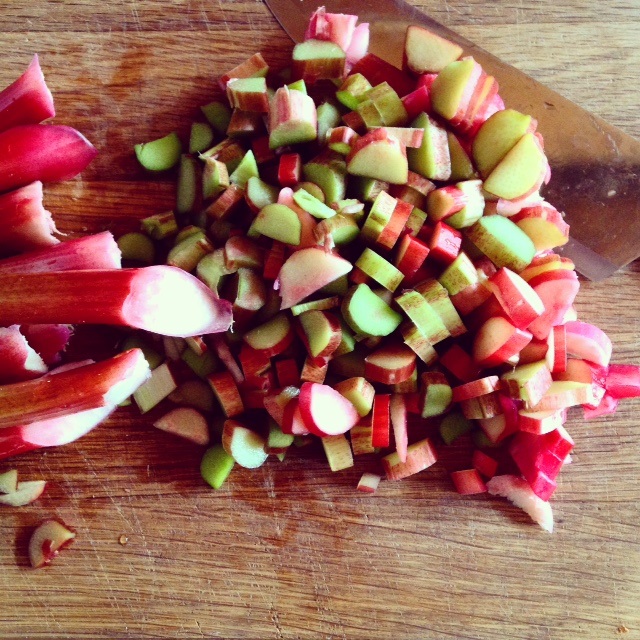 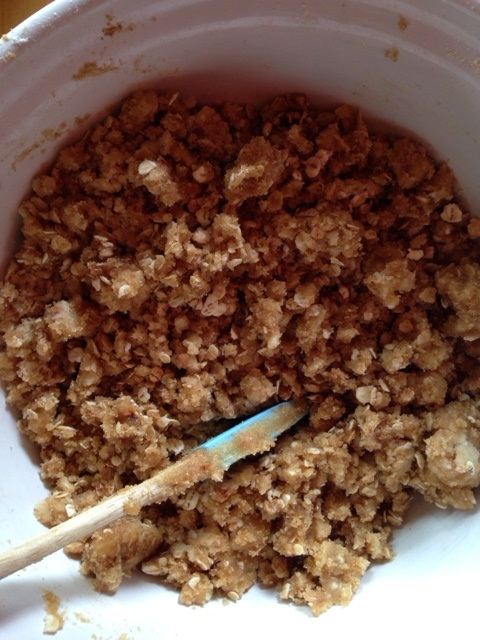 My dear friend, Naomi, tweaked and played with this original recipe to come up with a wonderful gluten free, dairy free, refined sugar free Rhubarb Crisp. Oh my! Now you can eat even more!! 🙂

I did a little bake-off of the two recipes. Here, in pre-baked form, is the original recipe on left, and the GF, DF, RSF recipe on the right. 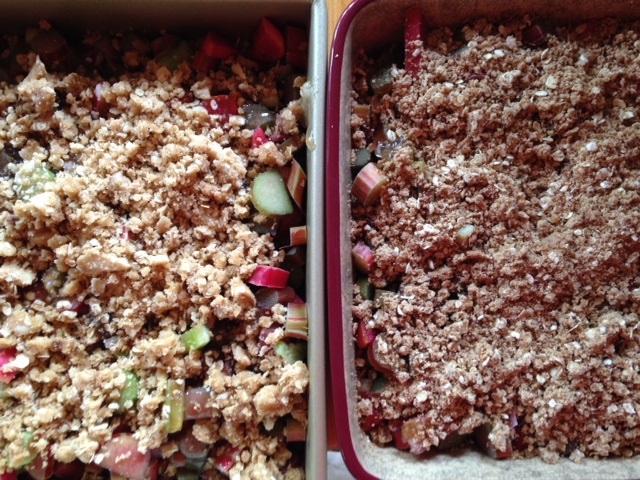 And a post-bake picture. 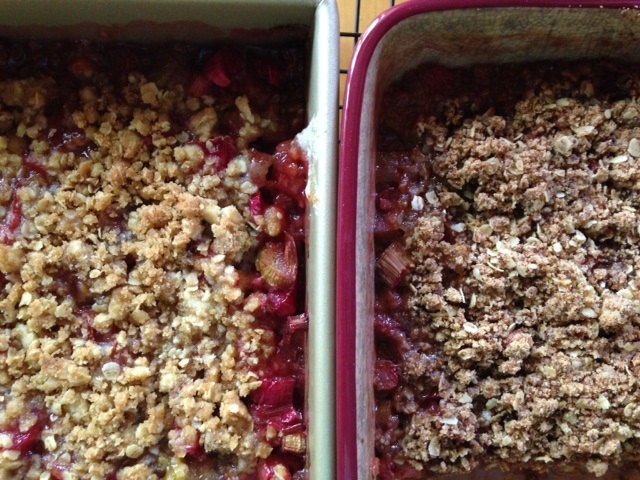 Looking for more recipes? Here’s a blog post I did a few years ago on some of my favorite rhubarb recipes! The Jam recipe is a staple around our house!

Hope you can find some rhubarb! Or plant some! I see it at local nurseries all the time. So worth it!!