Tony suggested that we try and make Krispy Kreme doughnuts…I did not argue a bit!  The recipe is really not that hard (I cut it in half) and it worked perfect with our Sunday morning schedule.  Since they are a raised doughnut (meaning there is yeast in the recipe) you have to allow time for them to rise.  So I made the dough right before we headed out to church, and then when we got home we were able to cut them out, give them a little more rest time, and then get to frying.  I did have to elbow Tony a few times in church when he leaned over and whispered “krispy kremes…krispy kremes.”   We were ready to eat when they were done!  I also must warn you that both Tony and I paid the consequences of eating too many.  You feel good when they are going down, but later on your stomach lets you know it was probably stupid to eat so many.

Here’s the recipe (remember I cut it in half).  I highly recommend giving it a try.  Your family will love you…but you will probably have to make them again once they have had them once. 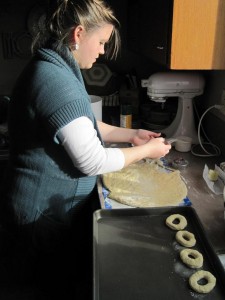 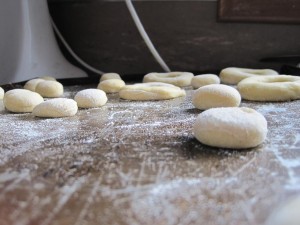 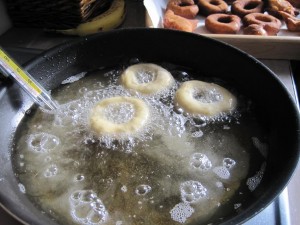 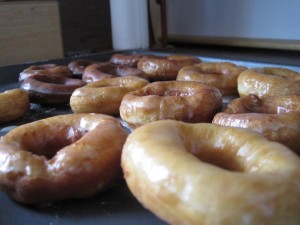 Lots of other fun things happened this weekend, so I will catch you up in the next couple days.  Happy Monday to you all!